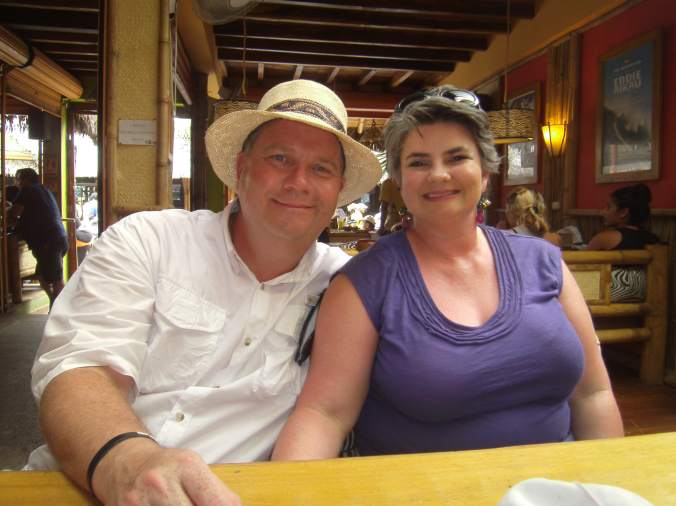 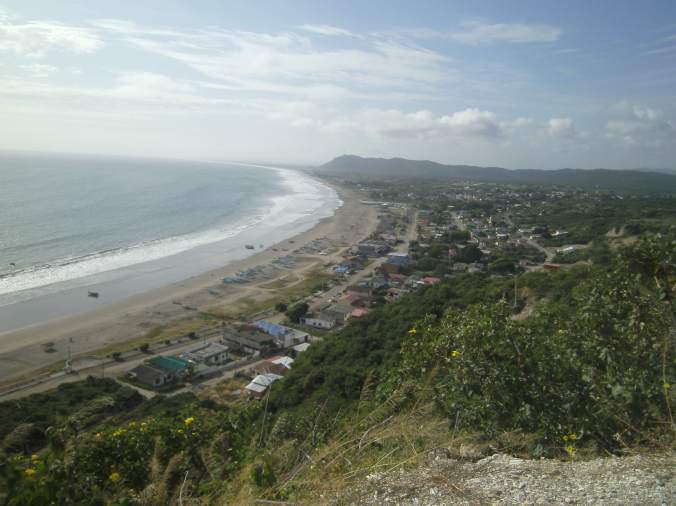 Time has been too valuable to blog since our arrival in Ecuador six days ago now. Every minute is exploration. Wanted to post a few quick pics, though, and will recap all when we return home.

We have some great stories.

Tomorrow, driving from Puerto Cayo to Manta and taking the early flight into Quito to stand on the equator for a bucket-list check.

Good night, from the middle of the World. 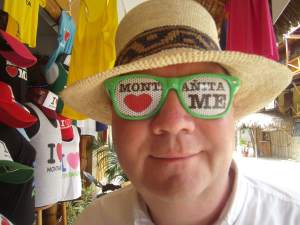 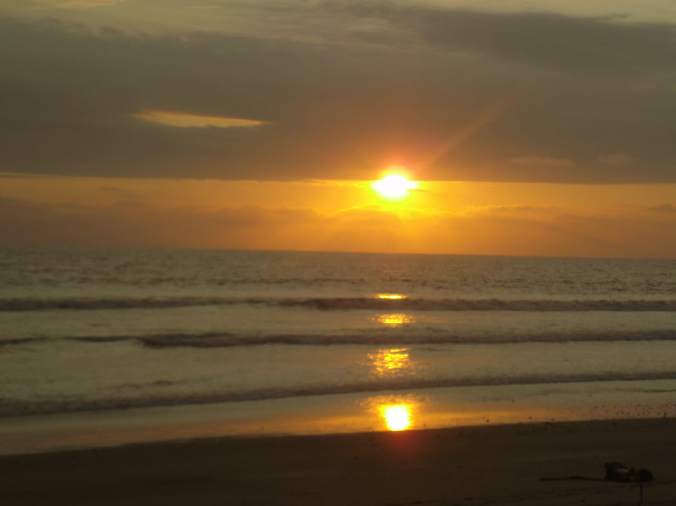 Sunset on the Pacific: Latitude Zero. 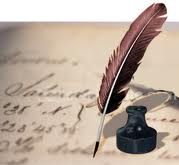 “If you would not be forgotten as soon as you are dead and rotten, either write things worth reading, or do things worth the writing.” ~ Ben Franklin

On any given day, there are at least half a million blog posts on wordpress.com

It’s a dose of reality reminding me that my work is just another grain of sand on a long stretch of beach.

When it comes to writing, I’m a purist. I don’t do “musings,” or “ramblings.” Poetry’s not my bag, and I won’t be sharing recipes with you any time soon. There’s a place in the blogging world for all those things, I suppose. It’s just not particular cup of tea.

There’s an irony to my blogging posts. By day, I’m a private, guarded person with a close circle of only a few friends to whom the guard comes down. But at the keyboard, something magnificent happens because it allows transparency to flow.

I will share with you, the blogging world, my shortcomings, my failures, and more importantly the lessons learned. And I say a prayer before hitting the “publish” button that it will make a difference in someone’s life on any given day. It’s a powerful thing and an honor to be able to share.

Every writer’s greatest honor is to be read.

It’s a rush to sit in a rural corner of northeast Arkansas, USA, and see that someone in Gibraltar or the Netherlands, New Zealand or Indonesia has taken time out of his or her day to read your work.

It brightens my day when someone takes time to read and “like” the blog post of the day.

And whether they agree or disagree, it’s a thrill when a reader comments and gives feedback to the words you typed earlier in the morning.

I’m thankful to have a creative outlet to share an experience, thought or opinion.

And so know this: When you read my blog, you do me the highest honor, you make my day and you reinforce the purpose within me.

For that, I am thankful.

(Blogger‘s note: For the next two weeks, I’ll be blogging from Puerto Cayo, Ecuador with my wife where we’ll be sharing experiences from our own “Amazing Race.” See you on the equator.)

Keenly aware of his own shortcomings, Jack still liked to think of himself as a decent enough man.

Complex by nature and misunderstood by most, Jack walked around most days with an invisible guard that only few could permeate. Very few.

He didn’t necessarily like that about himself, but the circumstances of his every-day life reinforced his intrinsic nature. At least that was his excuse.

But made aware of an injustice against a brother or an urgent need, he could be provoked to radical 360-action in the blink of an eye.

Jack lived a busy life with a good day job and lots of peripheral interests. His phone would ring dozens of times during the day and he was selective in the calls he took, and the ones he let go straight to voicemail.

When his phone rang at 9:14 that morning, he only vaguely recognized the number, but it was familiar enough that he decided to take the call. On the other end was a welcome voice – an old friend wise in years and experience that called every couple of months just to check in on Jack.

He did it because he was a good man, and he cared.

It was impossible to say no to Simon, the man who had counseled him through tough times and even conducted the wedding ceremony for Jack and his wife Diane almost three years ago.

“See you then,” Jack said, knowing any visit with Simon was a time to treasure.

Simon arrived three minutes late whipping into the parking lot at breakneck speed. “Sorry I’m late,” he said, “I had three people come into the church and wanted to talk and I just told them I had an important meeting.”

Simon was an elder-emeritus at a church that over the past year had been on the brink of chaos. A split in the congregation had created deep wounds that compelled Simon to action and take the reigns to lead the healing process. It had become his full-time job. And it was beginning to wear on him.

Jack and Simon exchanged the normal pleasantries and talked about the important things happening in their lives, and Jack noticed an unusual burden on the man he so loved and respected.

“Are you okay,” Jack asked.

“I’m fine, just tired. I’ve made a commitment to the church to see us through until we find a new pastor and then I’m going into hiding for a while. I’m tired,” Simon said.

Jack shared with Simon his plans for a vacation adventure on his schedule in the coming week and Simon’s eyes lit up with curiosity.

“Boy, I wish my wife and I could do that. I need a break,” he said. “I guess I’ll have to live vicariously through you. Will you send me a postcard?”

Jack reached across the table and grabbed Simon’s arm. “This is what I want you to do,” he said. “Think about yourself today, forget everybody else, go and make a reservation to somewhere tropical and get out of here tomorrow.”

“Well you don’t understand, I’ve made this commitment and I’ve got to see it through, and I don’t think we could pull it off anyway.”

The conversation continued, the two parted ways, and as Jack drove away he determined to respond to call he believed came straight from God.

“It would only take about $2,500 to send Simon and his wife away on a surprise and well-deserved vacation,” Jack thought to himself. “And we could have him in Bermuda shorts within a week sitting on some Caribbean beach. I’ll chip in my share,” he thought, “and make a few calls to friends who love Simon the most and we’ll have him on his way before the sun goes down. Everyone would surely understand and be compelled to help.” He just knew it.

Over lunch Jack made a quick list of a half-dozen people to whom he could call and make the case. How exciting! What a great surprise for this wonderful man. A few calls here, a few calls there, start the chain call for the cause and the deal will be done.

“It’s a great idea and well-deserved, the recipient of the first call responded. My first thought is it would be better to do this later, but we’ll pray about it and see what happens.”

“I don’t really have time to give this the thought I’d like too, but it’s something we ought to do,” the second call recipient responded. “The timing may not be right for the church to pull something like this off. I think it’s something we’ll just have to pray about.”

“I’m glad you’re taking the initiative,” the third call recipient responded.”I want to pray about this.”

Let’s pray about it.

Jack saw the writing on the wall. He tried not to be angry, but it was hard.

“The timing’s just not right,” … the message from those he called kept running through his mind.

Maybe we’ll pray about it for another six months and Simon will be so spent that it’s too late.

Maybe instead one day we’ll spend thousands of dollars on flowers for his memorial service and talk about what a great man he was. “We sure did appreciate and love him. He was a great man,” we’ll say with our posthumous honor and glory.

Or just do nothing. That works. 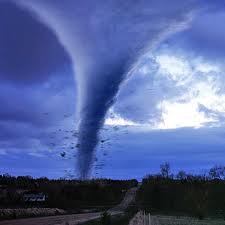 I have some 20 years experience in the news media – writing, editing, publishing, and as much as I love sports, I’ve never written a single sports story. Today will be different, however, if just an educated observation.

College sports in the South is business. Football is serious stuff. It rocks our world. And a major tremor hit here in Arkansas last night. The magnitude and collateral damage could be significant. Only the dawn of Wednesday will tell.

First – hats off to University of Arkansas athletic director Jeff Long. Faced with pressure from all points we can only imagine, Long fired a Razorback coach who put a team in contention for a national championship last season. Bobby Petrino is a winner on the field, but we now know that he’s only human, not a superhero, off the field. 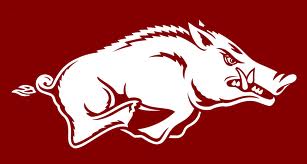 There was every reason in the world for Long to find a way to allow Petrino to stay. Millions of dollars were at stake, and the diehard win-at-all cost fans wanted him to remain.

But at a 7 p.m. press conference last night, Long announced Petrino’s termination, no strings or perks attached. He’s done, and the collateral damage Petrino has brought onto himself is now his alone with which me must deal. It’s no longer a professional issue for Petrino. The consequences will last forever. I hope his family heals and forgives over time.

But what of the future?

Here in a remote corner of the state is Arkansas State University, the stepchild, clambering for attention for decades and making strides with a magnificent season last year under coach Hugh Freeze, who immediately afterward RAN to the SEC leading the Ole Miss Rebels. You can’t blame the man, but from ASU’s standpoint, it’s hard to be the doorman at a revolving portal.

Then – as if manna from Heaven – ASU pulls its own miracle hiring coach Gus Malzahn, an up-and-coming SEC star courted by many reputable schools, and some how, some way, ASU financial supporters court Malzahn well enough to convince him  ASU would be a great place to take a program it its next level.

Billboards go up across the state. Game On, they say. It’s the era of Howlzahn. Finally, the stepchild is getting some well-deserved attention.

Now, 300 miles down the road, there’s an SEC opening anyone would kill to have. When Malzahn came to ASU, there were even rumors the U of A Foundation helped make it all possible, setting Malzahn up for his next job at U of A.

Unless Malzahn comes out TODAY with the announcement he’s staying put – it’s on.

We’re about to find out. It’s going to be one of those hot, humid, sticky days in Arkansas where you can just feel something coming headstrong through tornado alley. We will look to the western horizon to see what develops. It may just be a famished, blood-sucking Razorback with sharpened tusks looking to wreak havoc on Jonesboro.

Did Jeff Long go into his press conference last night knowing he had an Ace in the Hole? Stay tuned. It won’t be long. If I were a betting man, I’d double down.

ASU fans have long-awaited the day they would match up with the Razorbacks on the gridiron. Well, game day is here, and it’s the Perfect Storm.