During the last eighteen months and through the process of drafting The King of Highbanks Road, there is something I’ve not shared with you. It’s the kind of thing that troubles a writer deep down. Even makes him wonder whether it’s worth it.

I’ve never been able to explain to you how it’s more than just a story. I’ve known it was more, even if but from a feeling deep down inside my soul that couldn’t be explained. The words describing it wouldn’t come out. But I knew it was more.

And so there was always a nagging void between the writer and the reader. To be completely honest, I felt a bit inadequate in the vortex of that void, and struggled daily because the story I’ve been telling you wasn’t, well, whole.

We are about to clear all that up.

There was not a day that passed from the time I was 5 years old until the day my father died from natural causes in 2011 when I did not believe that would be the day we found him in a roadside ditch, his head blown off with a shotgun. 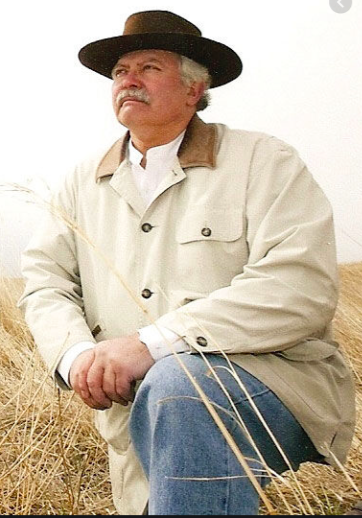 consecutive days, I watched dad force down a cup of coffee, then he’d go to the bathroom and vomit for ten minutes. We literally watched a crop burn up that year. It happened to small farmers everywhere. Interest rates skyrocketed the next year, and the banks came after our land. They didn’t care if we had to sleep in a ditch. They just wanted their money. I never believed my father would survive the pressure.

He died twenty years later, hundreds of thousands of dollars in debt.

Earlier this week I randomly came across a 2018 article in The Guardian about suicide rates in rural America. Its title: Why Are American Farmers Killing Themselves? The story quoted two academic researchers who had dedicated their life to counseling small farmers in rural America. And their research specialized on the 1980s.

The weather, the markets, the interest rates, the stress. It was the “wrecking ball” that became the beginning of the end of the small farmer on the American landscape, they said.

These guys were telling the part of the story that I didn’t know how to tell. The view from twenty-thousand feet. The big picture.

Finishing the long story, I put my head into my hands and cried. I tracked down those researchers and called them, and we talked, and I cried some more. I told them my story. They said they’d heard it a million times. And so they let me cry some more.

“But farm families are proud, and we just don’t talk about it a lot,” the said. “…and yes, we’d be happy to help you with your book. Whatever you need. Anything.”

The thing is, everyone’s normal is relative. We are products of that place from which we come. Without and understanding of something else, the only thing we know is our normal. But there was something that just kept telling me my normal was different. I witnessed too much stress, too much pain, too much struggle. Surely that wasn’t normal.

And so even though I didn’t really know what to call it, I had a deep, down desire to tell you about it and share it with you. It seemed a story that needed told.

And now I get it. It WAS something.

It was a wrecking ball that tore through the landscape I called home.