So several of you are thinking about, or say you are in the running for the Arkansas State Senate District 21 seat. Contrary to many media headlines, it’s not, and never was, Paul Bookout’s seat. It belongs to the people of Jonesboro and the surrounding area. That’s one thing. Just for the record.

As you move forward in your candidacy, and perhaps beyond in your service … a few suggestions to consider: 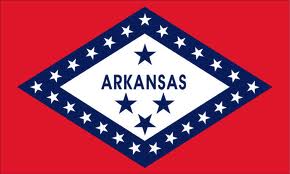 1.  Your candidacy, platform and service should be based in how you see things differently four years from now.  What will have changed for the better, and what legacy will you leave? The fact is, for the most part, we’ve had a horrible group of state legislators from this area, who’ve brought us as much embarrassment  as they have good. The truth is, we’ve enjoyed fair success, not because of, but in spite of, goofy and lazy state legislators whom we can only blame ourselves for electing. There were a few decent ones. Not that many.

2. On that note, keep in the back of your mind the state’s most widely circulated newspaper publishes its list of the 10 Worst State Legislators following each meeting of the General Assembly. We had a state senator who made that list not too long ago, They said he was as effective as a “piece of furniture.” Yes, furniture. The best you could say about him is that he was arrogant, yet ineffective. Two days ago, the man who carries that dubious distinction said he is running again.  Whichever of you is elected to the District 21 Senate seat, do us a favor and don’t make that list. It embarrasses us.

3. You’ll inevitably say your platform gives high priority to education. Please don’t say that if you don’t mean it. Consider actually doing something that would make a difference in a first grader’s life 25 years from now. Want to ensure that young kids today have a job 25 years from now? Mandate second language fluency for graduation. Students in the European nations will be fluent in three to four languages upon graduation. Most students in Arkansas don’t even know grammatical English.  The kids today who have second language fluency 25 years from now will never lack for a job. And have you ever read the educational guidelines from the Arkansas Department of Education? Could they be any more convoluted? Another idea? How about right here in Craighead County, maybe we should have one superintendent of schools rather than seven. I dare you to tackle that one. It’s the right thing, no matter what anyone says, or what turf they try to protect.

4. Lately, some state office holders have said our ethics guidelines are “gray.” Not really. Good ethics are pretty simple. You err on the side of caution. Always. If you can’t properly interpret state ethics guidelines,  you probably shouldn’t run for office in the first place.

5. If you raise money for a campaign, spend it on a campaign. Spend it all. Don’t carry your funds over. Nip temptation in the bud. State legislators need not carry over campaign funds.

6. If you make a mistake, admit it, and don’t be so arrogant or self-absorbed with your own well-being, that you refuse to say, “I’m sorry.” It’s not cool, and the voters will never forget it.

8. If you are running for this office as a spring board to something beyond. Don’t do it. Run because you want to make a difference here.

9. Want to see an example of a pretty good state legislator? You need not look too far to Greene County. Robert Thompson shows every indication of a public servant with integrity, smarts and devotion. I question his decision to give legal representation to Paul Bookout, but it’s not the end of the world. He’s a good example for any state legislator.

11. When the media calls, call them back. Actually speak to them. Don’t hide behind emails and “press releases.” At the end of his term, the last office holder tried to manipulate his message by having a one-way conversation with the media. Ultimately, everyone saw through that.