“I could be a really good Christian if it just weren’t for other people.” ~ unknown

As research for an upcoming book project, I recently posed this open question to anyone who wished to respond:

The question was prompted by a recent story in Christianity Today, titled “Going to Hell with Ted Haggard.“

The response was overwhelming. Read of few of these unedited reader comments, and feel free to add to the interesting (and very civilized, I might add) discussion…

Maybe not cannibals… but they do have a way of shunning for a real long time. Even then, the whispers continue.

Now this is just my opinion … I think yes, if you truly ask for forgiveness of your sins, I think it would then be a sin of the fellow church members to not forgive you … nobody lives a perfect life … isn’t it also a sin to judge others ?

The measure of grace that we show is usually directly correlated to how close to home the sin occurs.

As a general observance, I don’t see the majority of Christians being very forgiving at all, to either party. However, personally, I tend to be grace-filled/forgiving more to believers who are truly repentant and not as much to unrepentant believers … as for unbelievers. It just depends on the situation and how close it hits home for me (see comment above). I say all of this realizing that my feelings on forgiveness are subjective and not at all what they should be, obviously.

I am one of those folks who doesn’t lead the life that most Christians would approve of, but I do my best, and I have faith that grace will save me from any of my earthly mistakes.

I have to keep going back to your question! Romans 3:23 tells us that everyone sins. I believe that to be truth. Each of us, daily, makes mistakes. But I believe that we are to hate the sin and love the sinner. So that is why Gal 6:1 makes sense to me. We are to restore those who have made bad choices. 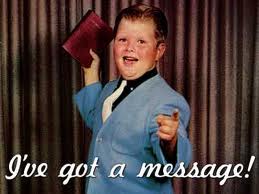 mistakes and sin frequently. But is it also not a sin to judge people? Especially when you have not personally walked in their shoes. I grew up in a christian family with parents that were truly heaven-sent. But I know what it is like to do something so against what you were taught and wish you could just crawl under a rock or make time turn back. From my experience, the guilt I experienced was worse than anything anyone else could do to me due to the fact I was a christian. What I’m trying to say is, instead of judging each other, christian to christian, why can’t we just be there for each other. Sometimes that’s all people need. The problem is between them and their God after all.

In theory, they should be. In reality, unfortunately it doesn’t happen that way most of the time. The hypocrisy of those that CLAIM to be Christians blinds the view of what being a Christian should be so often. And I’m definitely not saying every Christian is like this; I’m saying those that are, ruin the true meaning of what being a Christian is about. I know this doesn’t answer the question, but I think this is why so many people lose faith.

If we could all be saved and have no further fears of making a mistake or committing a sin, why would Jesus have stressed the importance of fellowship? Am I not to be just as good an example to my fellow Christians as I am to a sinner, up to, and including, the understanding and forgiveness that all of life is one day at a time? Not one of us, whether or not we are at church every time the doors are open, is perfect. I depend on my church family to lift me up in prayer and mercy just as I do each of them.

We are in the Kingdom because of Redemption. It’s God’s best work. I’m compelled to believe it should be ours as well. Awesome discussion.

Generally when folks are judgmental and unforgiving, I believe they are frightened of their own vulnerability to the action they are condemning, inside, as well as outside the church. Which is less forgiving? Not sure. I suspect that it us good Christian people. Somewhere through the centuries church membership became confused with Pharisee-ism, where we get to decide who is in, and who is out. It makes us feel safe if we see someone else step in it.

Don’t think I can add anything that hasn’t been said, but I enjoyed reading this feed & seeing a discussion carried out the way adults should speak with one another!

What would you add to the discussion?

2 thoughts on “Are Christians the Least Forgiving People on the Planet?”