As a team, we are known as one of the greatest duos in golf.

I call him: The Birdie Man.

He calls me: The Snow Man (figure that out for yourself.)

Twenty plus years ago, a weekly round of golf (at least) was standard for my best pal, Brady Cornish and me. At 14, Brady was a young golfer at the top of his game, a high-school Arkansas medalist, and could hang with ANY high school golfer in the state. He could draw, fade (we called his most famous shot “the medium-low burn” and manipulate the ball as he pleased.

I was a high school basketball player with a fair jumper from the left wing, but always admired Brady’s God-given ability on the links. As basketball came to an end for me about the time we both entered college, I made him start taking me to the course, and eventually we began playing team tournaments where he continued his greatness, and I would contribute a shot or two each round.

The memories we shared, and the good times we had on the course are among my best of times.

Twenty plus years ago, life’s random circumstances caused us both to walk away from the game. It was a huge void in both our lives.

Two months ago, we vowed to get back on game – and improve enough that we’d feel comfortable getting back on the duffer’s tournament circuit in 2013.

In a practice round at Fox Hills Country Club in Paragould, AR yesterday, Brady declared that if we didn’t scramble a 42 on the back nine, we’d ban ourselves from tournament play and continue practice until 2014. So there was a lot on the line.

In the end, we shot a 39. Not bad. And Brady began showing signs of his old self. He took three birdies on nine holes, and at one point went on a flurry of par-birdie-birdie.

The highlight of the day was a sentimental one for us. Somehow, Brady came across an old ball where someone had written the initials “DW” in black ink. Those were my dad, David Watkins’ initials.

On a par 3, unbeknownst to me, Brady placed the DW ball on the tee, and hit a beautiful 9-iron that tracked in for a near ace. Left with a 9-foot birdie put, the DW ball rolled in for bird. It was a birdie straight from heaven.

We speak of our dads often on the course. Golf is a game many memories … and here are a few from our round yesterday… 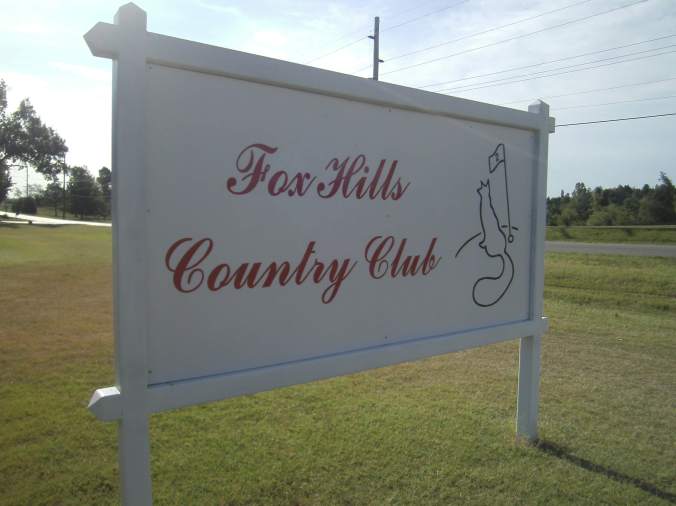 New clubs, I’ve had for only three weeks. I love them, and the hybrid wood is shaving a few strokes from my game. 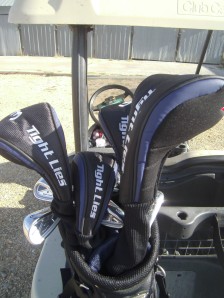 The Birdie Man, sizing up a second shot a hundred yards out on a par 4. 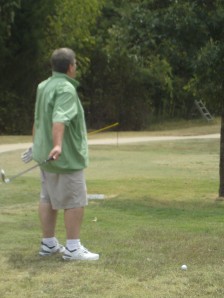 The 11 Commandments of Fox Hills. We have since repented of any violation of Commandment #10. 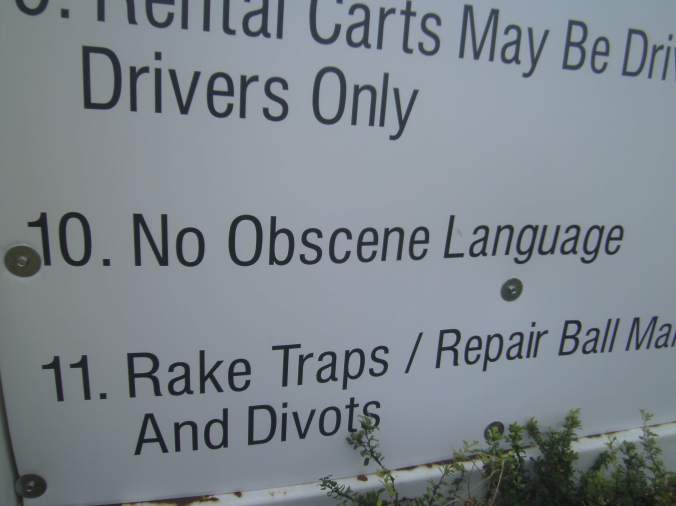 My second shot after laying up on #6, a par four 298-yard hole with a lake in a really bad place. 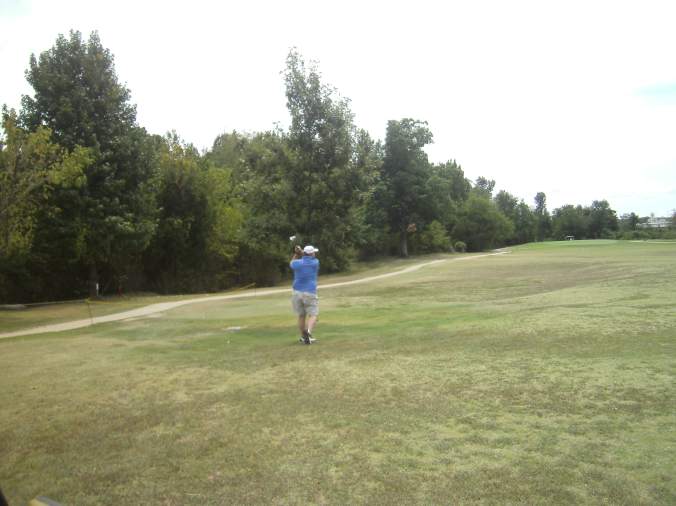 The Birdie Man believes proper club selection is essential. Little did we know at this moment, he was about to hit a monster drive on #6 that left us with a 10-yard chip for eagle. 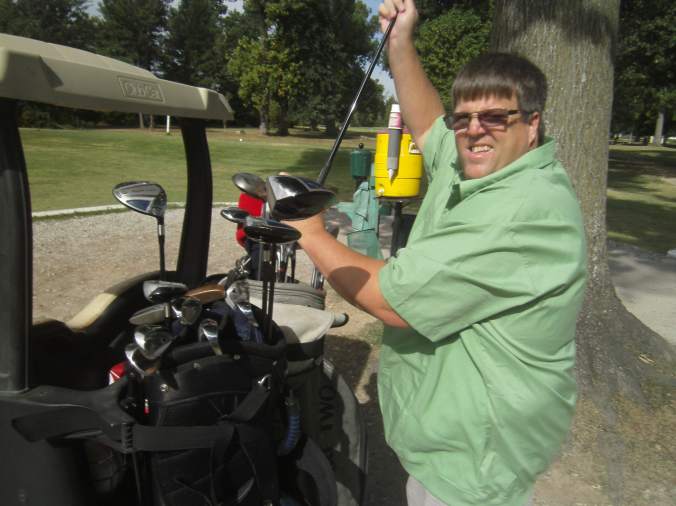 Toughest and tightest hole on the course. 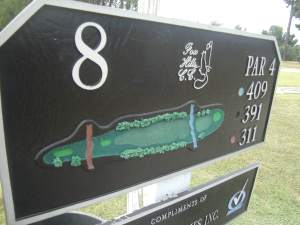 I’m usually at my best without a club in my hand. 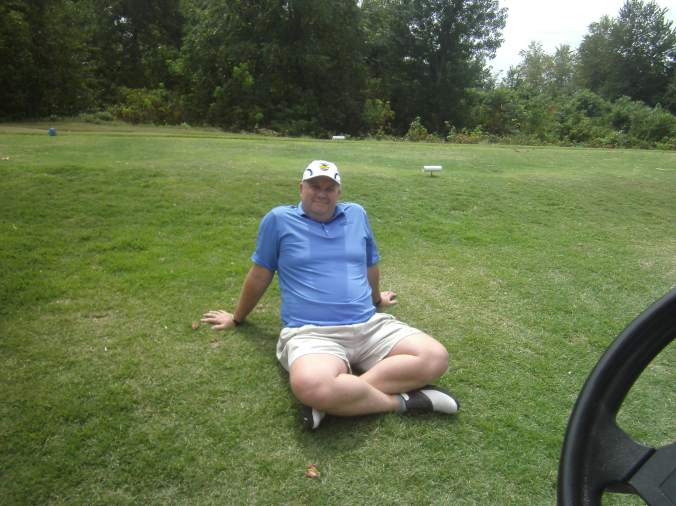 We’ll never forget this ball, launched from the par 3, #2 hole – a birdie from Heaven. 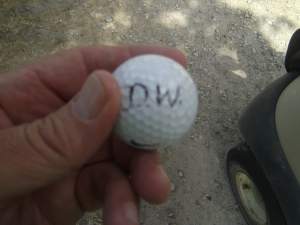 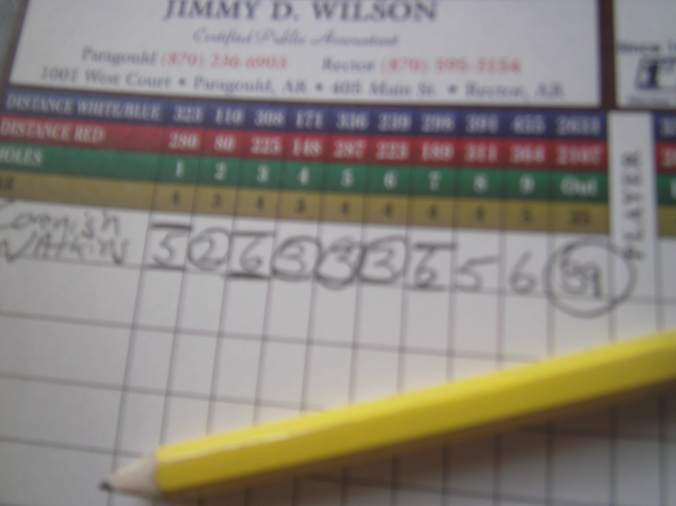 2 thoughts on “Pards, Pars and a Birdie Straight from Heaven”